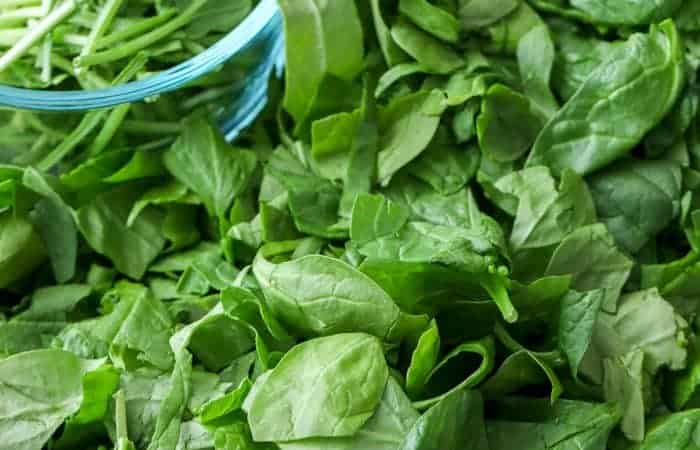 Commercially frozen spinach is usually chopped then boiled or blanched and flash frozen, resulting in the kind of texture that goes well in soups, spinach dips, casseroles and egg dishes.  Now you can make your own at home and freeze it (or use it fresh in recipes requiring frozen spinach). 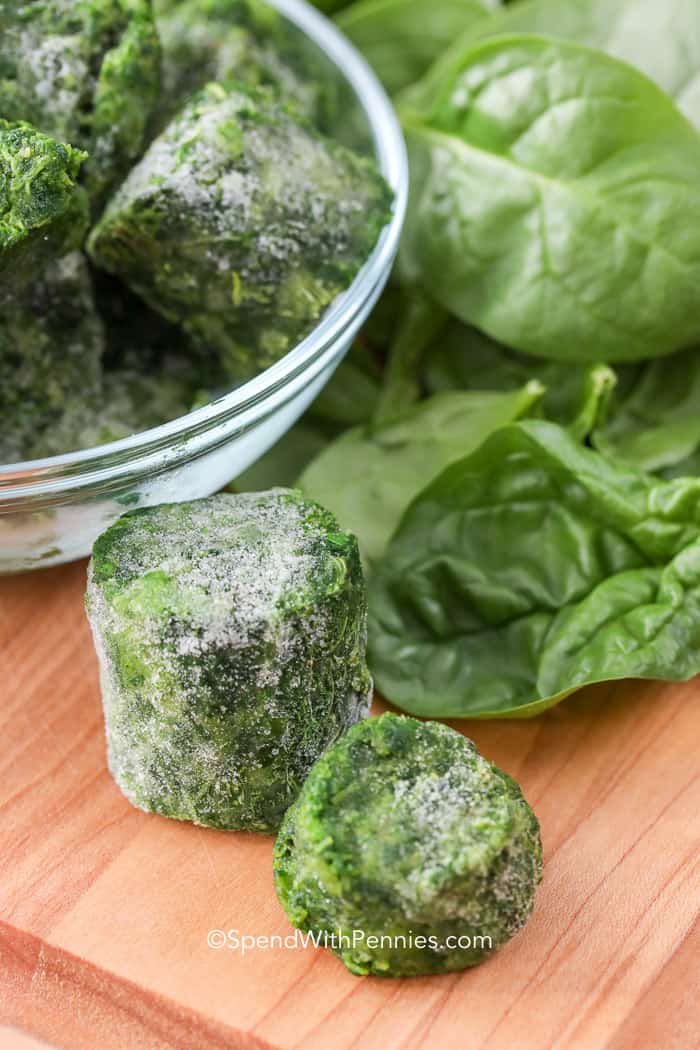 If you’re buying fresh spinach, it’s wise to buy more than you think you’ll need because some bunches will need the stalks trimmed off and that will decrease the weight before cooking.  A good rule of thumb is fresh spinach cooked down equals about a cup and a half, which is roughly the equivalent of a 10 oz frozen package.

Fresh spinach is more fibrous but will cook down considerably and needs to be drained once it’s cooked down. The nice thing about cooking down fresh spinach is that you know it is 100% fresh and you can season it any way you want to while it’s cooking down. Fresh spinach works best in salads or sautéed as a side dish like Creamed Spinach.

The easiest way to cook down spinach is to cut the spinach into small pieces and give it a quick cook in a non-stick pan. After the spinach has cooked down, remove from heat and scoop into a colander so the excess water can drain out and cool enough to be able to handle it. 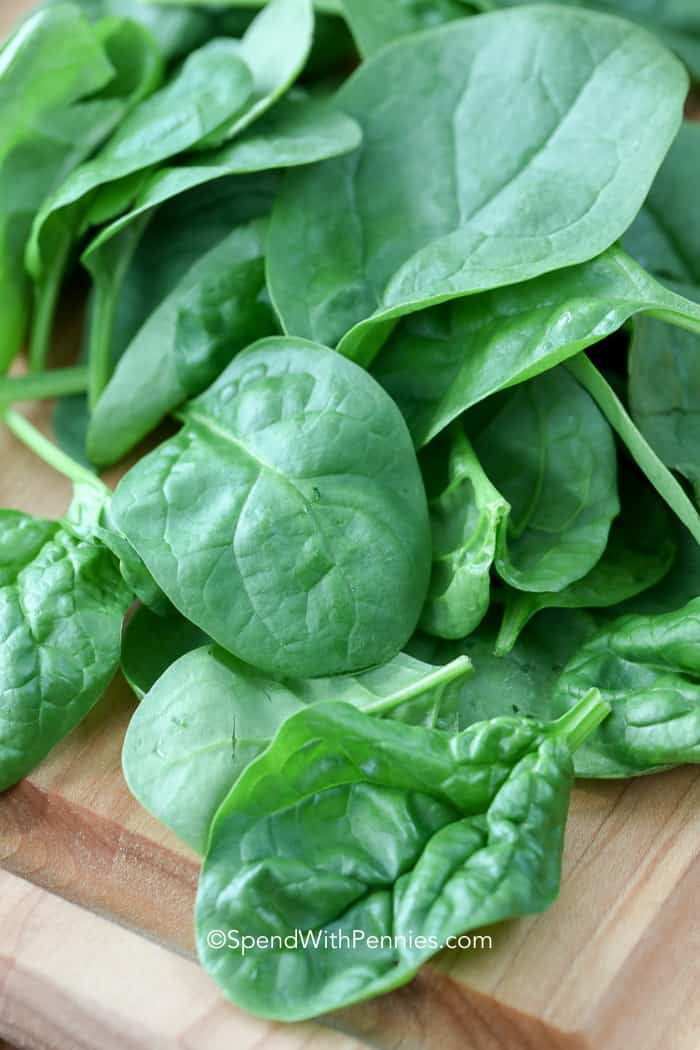 How To Substitute Fresh Spinach for Frozen

You will need, just one ingredient… 1 lb of fresh spinach.  This will look like a lot of spinach but don’t worry, it reduces to approximately 1 1/4 cups or so. 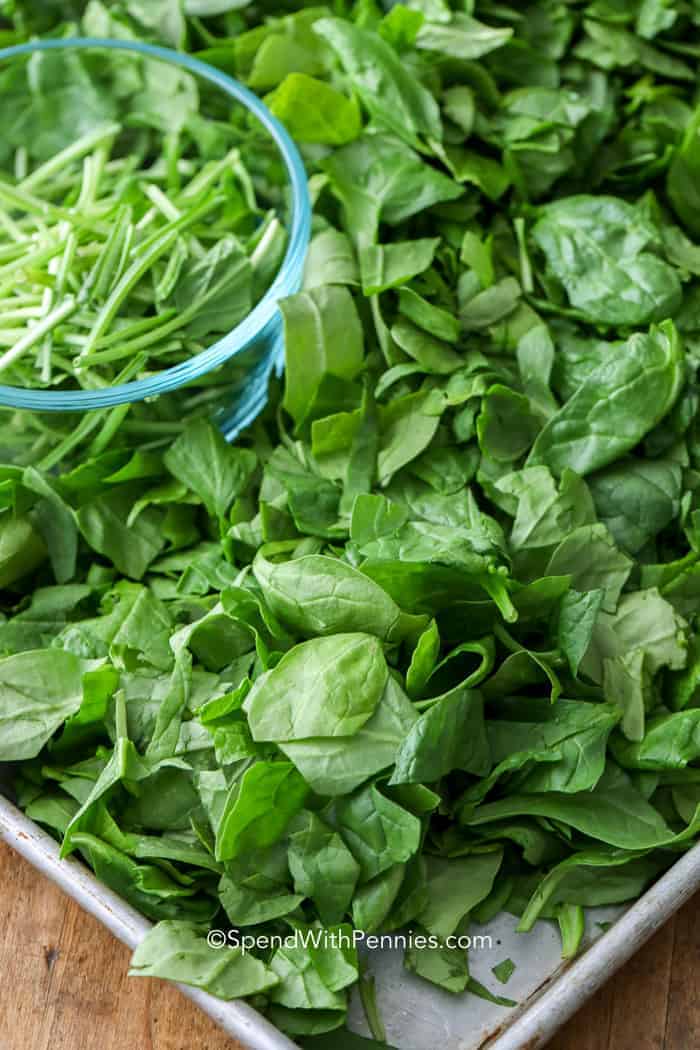 How To Prepare Fresh Spinach For Dips

This is a great method to use fresh spinach instead of frozen but it’s also great to use if your spinach is ready to expire.  Simply follow the instructions above and then freeze the cooked and cooled spinach in a freezer bag for future use.

How to Make Frozen Spinach 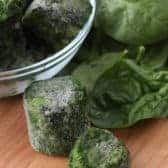 Most recipe will require the spinach to be defrosted and squeezed dry before adding to the recipe.