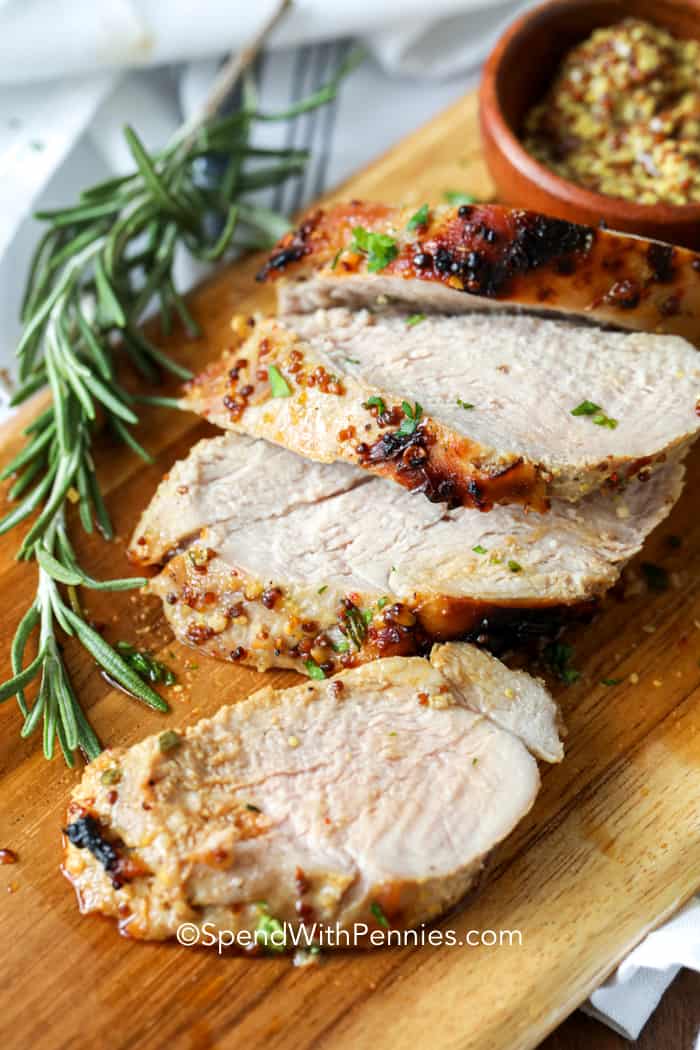 Pork Tenderloin Marinade is the perfect way to make tender and juicy pork. Some honey, a little bit of Dijon mustard, some fresh rosemary, and a dash of red pepper flakes give this savory marinade a little sweet with a lot of flavor!

Perfect pork tenderloin can be roasted or grilled and if cooked properly, will be deliciously juicy and fork tender! 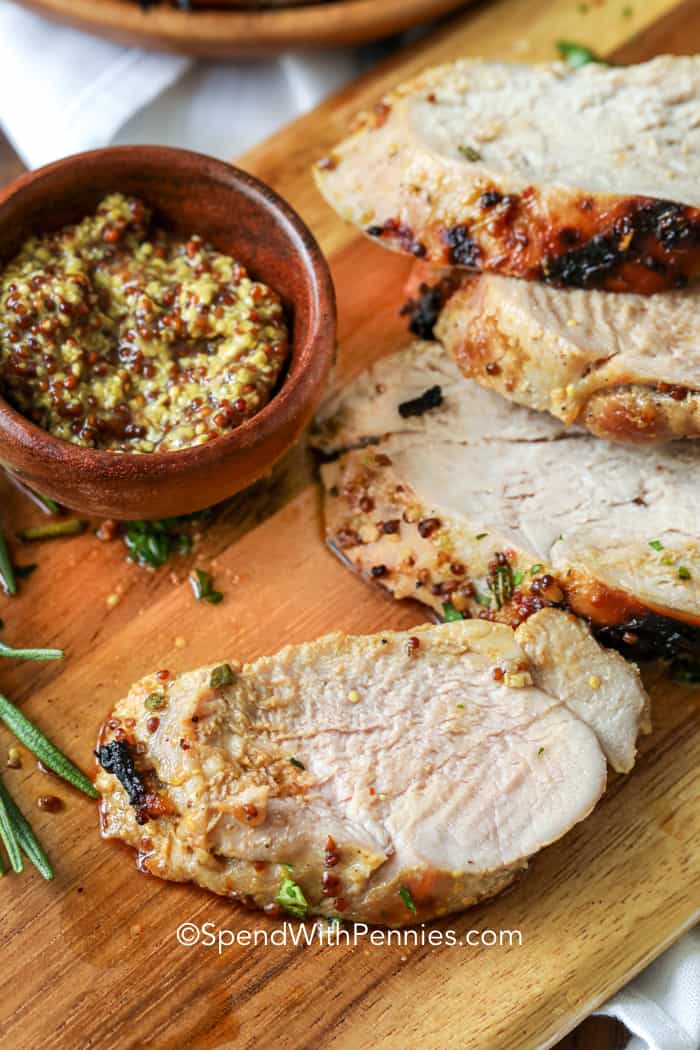 How to Make a Pork Tenderloin Marinade

To make pork tenderloin marinade, simply stir together honey, mustard, garlic, rosemary, a bit of oil and salt & pepper to taste (per recipe below). Ensure it is combined in a glass or plastic bowl (or a freezer bag).

Just like a chicken marinade, the best pork tenderloin marinade contains a bit of each sweet, salty, fat and bold flavors. 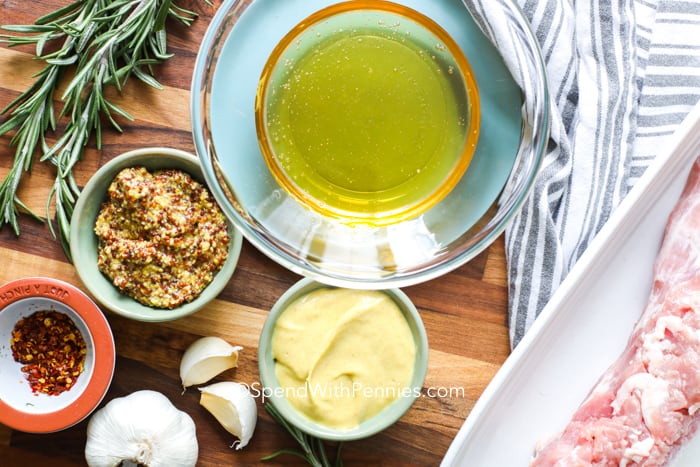 TIP: To remove the leaves from fresh rosemary, hold the tip between your finger and thumb and use your other hand to in the opposite direction from the top to the bottom of the stalk. The leaves will easily separate for chopping!

How Long to Marinate Pork Tenderloin

Pour over the pork tenderloin and marinate for at least 2 hours, up to 24 hours. Beyond 24 hours the salt may begin to deteriorate the meat causing a mushy pork tenderloin.

This pork marinade can also be used on grilled pork chops or large pork loin cuts.

Remember to discard any leftover marinade as it is not safe to consume. If you would like to use it as a dipping sauce, the marinade will need to be boiled for at least 2 minutes according to foodsafety.gov.

Better yet, set a little bit of the marinade aside before adding the meat and mix it with a bit of mayonnaise for a delicious dip! 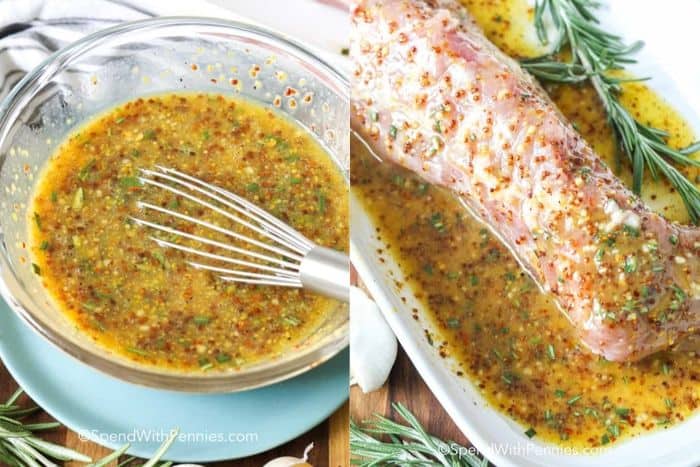 How to Cook Marinated Pork Tenderloin

You can cook pork tenderloin on the grill, in a pan or roasted in the oven (my preference). To keep it juicy, cook just until it reaches 145°F as tenderloin is very lean and can easily overcook. Use a thermometer to take the temperature in the center of the thickest part of the meat.

Can You Freeze Pork Marinade?

You sure can freeze marinade! I often mix it up and place the pork tenderloin in the marinade and freeze it all together. Once defrosted, the pork is ready to cook right away! 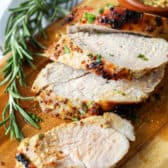 This honey mustard marinade gives a little heat with a lot of flavor! It’s a perfect weekday or even a holiday entrée!

To Cook a 1 lb Pork Tenderloin

Nutritional information is for 1 tablespoon of marinade. 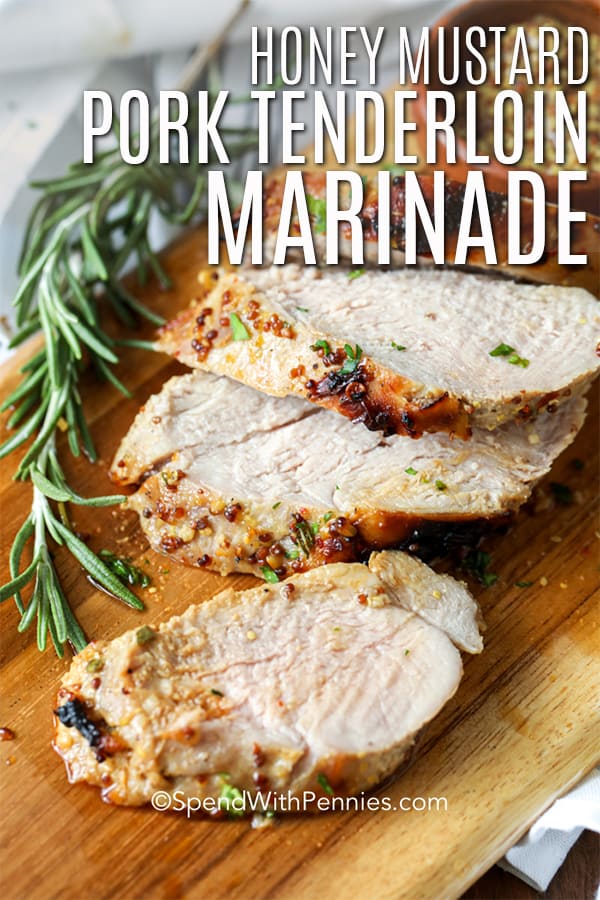